She Said, She Said 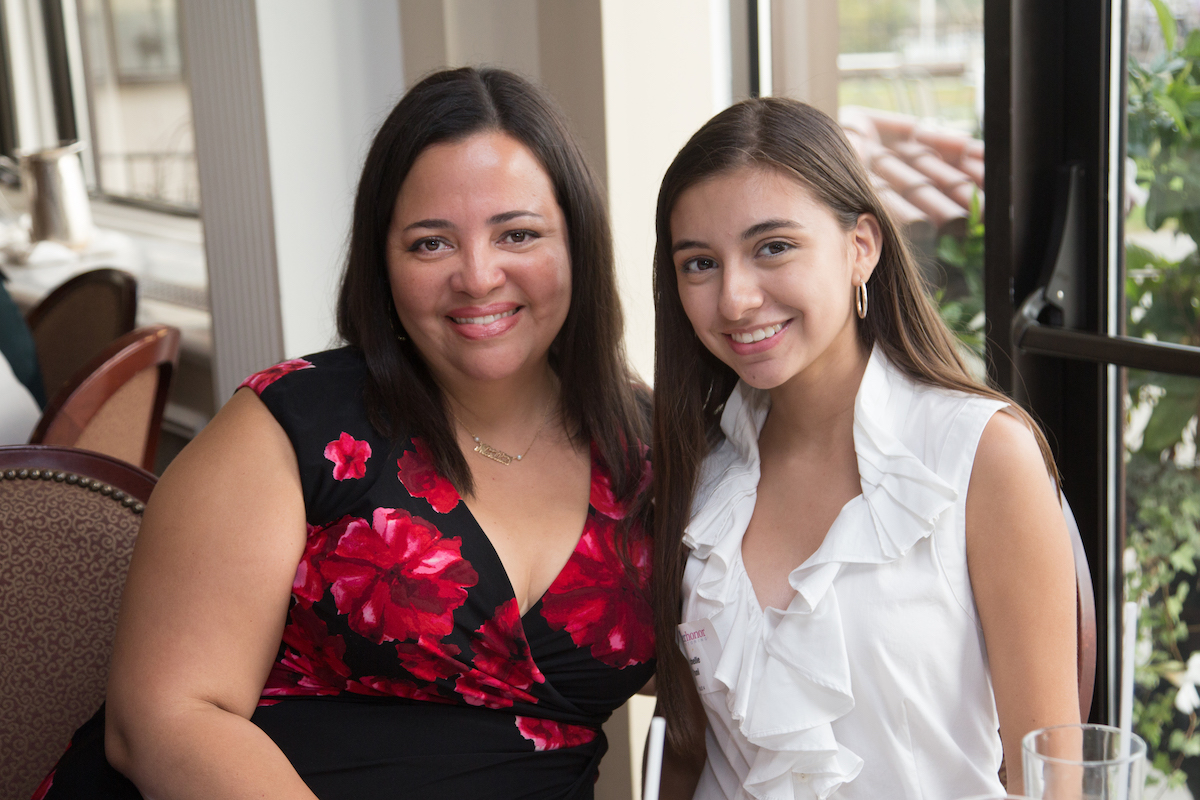 Who's Who at Her Honor: Team Pani/Anderson

Several months ago, Michelle Pani, a senior at White Plains High School, was uncertain about her nomination to the Her Honor Mentoring program. “I was indecisive on what to think. I never considered seeking a mentor,” writes Michelle in her application essay. Unclear on her next steps and wanting to learn more about the opportunity, Michelle headed to the HHM website. In browsing the site, she quickly found a surefire sign that this was the program for her. “There was Martha Anderson, my mother’s hero, as a mentor,” Michelle writes, “It wasn’t a coincidence... it was a sign.”

It’s no surprise that Martha Anderson stood out to Michelle — their paths had crossed many years before, when Michelle was still a small child. At the time, Michelle’s mother was going through a difficult divorce and had little support. Martha Anderson, the Spanish Speaking Program Specialist at the Westchester County Office for Women, became a light cutting through the dark of these turbulent times. “My mother’s life changed completely when she met Martha Anderson,” writes Michelle, “She was a miracle, an angel sent from heaven. Martha stood by her side in court and brought her to new levels of confidence she would’ve never reached.”

We imagine that there are many women — young and old — who, like Michelle, would designate Martha Anderson as a hero. Through over sixteen years as the Spanish Speaking Program Specialist at the Westchester County Office for Women (OFW), Martha has supported countless women through trying times. In her role, Martha offers comprehensive services to immigrant domestic violence victims; conducts outreach, education and trainings with community members and county workers; and advocates for and implements systems changes to best serve the immigrant community of Westchester County. Martha has also been a proud Her Honor mentor for the past ten years. “What's particularly valuable in my experience as a mentor is the ability to teach a young woman not to conform to the traditional or cultural roles expected of her from parents,” says Martha, “This will be a special year because I had the privilege of being involved in Michelle's life since she was an infant. For many years I worked with Michelle's mother empowering her and contributing to her strengths.”

Now, so many years later, Michelle and Martha have been reunited as a HHM team! Michelle will be joining Martha at the OFW to support her ongoing work to promote equal rights, independence, dignity and equity for Westchester County women and their families through education and research, direct and contracted services, and by influencing public policy.

With hopes of becoming an environmental engineer to make “a positive contribution to nature, animals, people and future generations”, Michelle has spent the first part of her placement with Martha researching services available in New York City for children living with lead poisoning and children that are partially blind. Over the next seven months, Michelle will process and file court documents, accompany Martha to court, complete monthly statistics on OFW’s services, and prepare a client’s affidavit. “Michelle will expand on her communication and writing skills,” Martha says, ”and simultaneously have a sense of fulfillment knowing she contributed to changing someone’s life forever.”

Michelle is certainly making the most of her senior year. In addition to Her Honor, she’s currently also serving as an officer for White Plains High School Key Club and Vice President of National Honor Society. Through the HHM experience, Michelle is looking forward to getting out of her comfort zone, creating a meaningful connection with her mentor, and learning from “empowered and powerful women.” Over these last few months, she’s certainly lost any hesitation she initially had, “Today, I need my upbringing; I need my building block to complete my pathway to adulthood; I need my ‘Martha’. I realized that this program was definitely meant for me.”

The team at Her Honor Mentoring can’t wait to see where this year takes Team Pani/Anderson and is thrilled to have played a role in this powerful reunion!

In their own words...

Three words you use to describe yourself?